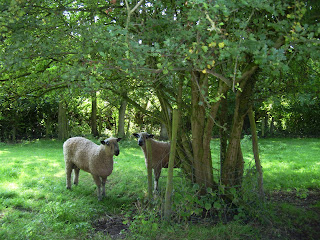 I'm in the process of preparing Issue 4 of The Yellow Room and so, if you'd like to see your letter printed in the magazine, now is the time to email me a line or two. Your letter doesn't have to be about Issue3 in particular. It can be about any aspect of short story writing or writing/reading in general. In other words, anything you think may be of interest to The Yellow Room readers. My email is yellowjo AT me dot com.

I've had great difficulty in focusing on my novel lately. I have been thinking about it a lot, but I just haven't got round to writing anything. I've even started thinking about a new idea for a novel, making notes and doing some research!

I currently have seventeen stories waiting to be published in The Yellow Room. It's difficult choosing which ones to include in Issue 4. I'm publishing the top two prizewinning stories in the Autumn Short Story Competition, so that means that two of the stories on file get pushed aside to make room. I always feel uneasy about this. I'm loathe to publish a separate competition anthology, as it's more work and more expense and small competition anthologies don't usually sell that well, in my experience.

Sally Quilford recently asked me, in my capacity as a competition judge, what I thought about entrants challenging the results. Do you think it's acceptable for someone to query the results, because they think their story should have been in the top twenty? I'd be interested to hear your opinions!

I should also say that this is a good time to submit stories for publication, as I haven't any left in my 'to read' pile.
Posted by Jo at 11:40 4 comments:

Things Can Only Get Better! 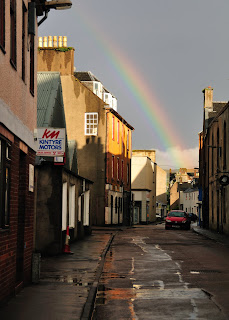 For those of you who don't, then I've had a troublesome two or three months on the dental and vehicle front. I now have a streaming cold into the bargain. By the end of today I'll have spent approximately £900 on my car since December and that doesn't include road tax, MOT and insurance! Just when I get one thing repaired, something else goes wrong. I guess that's the problem with having a car, which is over 8-years-old.

I'm having similar problems with my teeth! It all began with a broken tooth on the left side, back in November. It wasn't troubling me until the dentist gave me a temporary filling. I then experienced horribly toothache a few days later. However, it went away before I went for my emergency appointment, which I duly cancelled. I then went for my pre-booked appointment two weeks ago and had the tooth X-rayed and was told I'd need it refilled and a crown, so booked two more appointments in March to have that done. Then last week, for no apparent reason (well, maybe it was that packet of pork scratchings), a tooth on the right hand side began to hurt... and hurt... and really hurt! On Monday night the roof of my mouth and gums swelled alarmingly and were very sore. I managed to get a 'sit and wait' emergency appointment at the dentist on Tuesday afternoon. He was very concerned about the swelling and X-rayed the tooth. I had a dental abscess and a nasty infection in the tooth and it needed urgent root canal work. The dentist injected me with anaesthetic to which I had a bad reaction and spent the next hour or so, shivering and shaking uncontrollably (something to do with adrenaline, apparently), which worried my dentist further. He went ahead with draining the abscess and the root canal work and removing the nerve. I then left (after sitting in the waiting room with a cup of water for 15 minutes) armed with a prescription for two lots of super strength antibiotics. I can't drink alcohol for 5 days, for which my liver is very grateful. It needs a rest. I'm pleased to report that things have settled down. My next dental appointment to finish off the root canal work is a week on Saturday.

My novel has suffered as a result of my dental health, I'm afraid, but I have now caught up with all The Yellow Room admin. I'm about to press on with proofreading stories for Issue 4, as I've sold out of Issue 3 and have lots of new subscribers who haven't yet received a copy. Entries for The Yellow Room Short Story Competition, closing in March, have now started trickling in. Do get yours in early! There's a special prize for the best story under 800 words. Details are on the website (www.theyellowroom-magazine.co.uk).

Finally, I'm often asked to appraise, critique or simply read other writers' work. I'm happy to do this, as long as I'm not too busy, but usually charge a fee, as it does take up a lot of time. I like to think I'm very thorough and very honest. Probably too honest for my own good. I can't be anything other than totally honest, and I know the truth sometimes hurts. My opinion is subjective, even though I try to be as objective as possible, if that makes sense. One person's response to a piece of writing is always going to differ from someone else's. However, I do have a number of years of experience as a prolific reader of many types of fiction, and as an editor. I'm also a published writer. I guess what I want to say is, please don't send your work to me to critique, if you don't value my opinion, or if you don't want me to be totally honest.

The photo was taken by my husband, David Derrick. Campbeltown on a rainy Wednesday evening.
Posted by Jo at 07:06 2 comments: