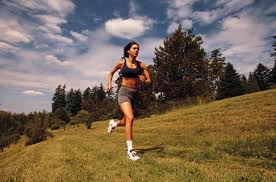 This isn't a photo of me running (I wish!). In fact, I won't be running for a few days due to plantar fasciitis , which I appear to have developed over the past couple of weeks. I've been getting pain in my heel after a run, and it's always much worse first thing in the morning getting out of bed. Just lately it's been getting worse and today I haven't been able to put weight on my left foot. I've been limping my way around all day and my foot is swollen.


This condition is a big blow, as it will spoil my training for the Coventry Half Marathon, which takes place the first weekend in October. I was due to do a 10 mile run tomorrow morning, but have had to cancel that and rest. I guess I have been doing too much, too soon. Until the middle of July I was running 3-4 miles about 3-4 times a week. Then I did a 6 mile on 22nd July and the following week 7 miles, then 8 miles, then 9 last week. In between I was doing two 5-6 mile runs. Clearly I overdid it.


My writing has been going slightly better, thank goodness. I entered the Write-Invite Competition for the first time last week. It was nerve-wracking, as the competition is live. You wait until the clock on the site shows 5.30pm (every Saturday evening), then pay your entry fee via Paypal, choose one of three themes, then write your piece in the space provided on the website. You have until 6pm that same evening to complete your story, add a title, edit and proofread. I was sweating profusely by 5.55pm! Once your entry has been sent, you wait until the following Wednesday at 5.30pm when the shortlist is posted. The participants then have to vote on the top three stories. I'm delighted to announce that my story was in the top three! I was over the moon, as it's the first short story competition I've entered in about two years. The overall winner receives £50, so I'm keeping my fingers crossed!


The beauty of this competition and the main reason I entered is that you are under pressure to write a complete short story in a short space of time. This really focuses the mind. It works for me, because I have great difficulty in starting writing each day. I knew that by 6pm on Saturday I'd have a more or less complete short story that I could then go on to expand and edit, if I wished to do so.


I've been reading William Trevor's collection of short stories for the past couple of weeks. I read one, maybe two each day. I recommend every writer of short stories to read his work, if they haven't already done so. I have learned so much. Not every story is to my taste, but I love his attention to detail. His characters are so well drawn and we discover things about them they didn't know themselves.


Tomorrow I'm off to Lincolnshire for the weekend with my nine-year-old daughter. Wish me luck!
Posted by Jo at 09:33 9 comments:

Today is Sally Quilford's 48th birthday. She is a writer I admire, if only for the thousands of words she manages to bash out day-in, day-out. I wish I were half as prolific. So, today I felt I had to take part in her Birthday Bash, by bashing out a story on the theme of 48, as have many of her blogging friends.

Please excuse the poor quality, but I wrote it in about half an hour while the kids were occupied! 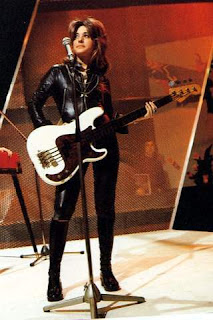 48 CRASH
My mum thinks you’re hot!
I wish Ria wouldn’t put her whole life on Facebook. I can’t make an innocent comment these days without the whole world knowing about it. Frankly, it’s more than embarrassing; it’s humiliating.
And yes, for the record I do think he’s hot.
Adam. A few years over the age of consent, but young enough to be my son, which is why I’m beating myself up about even thinking such a thing.
He’s got the hands of a man and the face of a little boy blue.
No, that’s not another of Ria’s status updates. It’s the line of a song that’s stormed into my middle-aged brain like a lightning flash.
48 Crash come like a lightning flash.
I’m going to be plagued by Suzi Quatro’s lyrics all day, I can tell. Perhaps going for a run will help. It might be my 48th birthday tomorrow, but I can still run 6 miles three times a week and not be out of breath. Mind you, I’m worried about my knees. And my ankles, come to that. They’re not going to put up with pounding the pavements for much longer.
And, as I run those damn lyrics are tearing their way through my head in time with my feet.
And the 48 Crash is a silk sash bash.
That’s the other problem with running any sort of reasonable distance at my age - your bladder objects to the constant bouncing up and down and you get the urge to go about three miles in. Fortunately, I’ve found the perfect spot behind a bank of topsoil and shaded by trees. That doesn’t stop me thinking there’s someone out there who can see me. Someone who knows my routine. Still, at my age I don’t care. Comfort is the most important thing.
And then just as I’m pulling up my running shorts, I see the car. It’s one of those little foreign hatchbacks. A boy racer car. Bright yellow.
It’s him.
I feel my face turning puce. Yes, I know it was pretty red to start with.
He can’t see me from the road, obviously, but just the thought of what I’ve been doing when he’s just a few hundred yards away is enough to make the humiliation creep in once again.
And you’re so blind you could find that your motor ain’t ready to go.
Damn lyrics again! And my motor is more than ready to go, thank you very much. I speed up for the last three miles just to prove it and it’s possible he’ll drive past me again. I want him to be impressed that Ria’s mum still has it in her, even though she’s edging towards fifty.
I shudder. I can’t face that yet. Not fifty.
In my head I’m still dancing as sexily as I can manage, emulating ‘Cherry’ off Pans People, while T-Rex’s Hot Love grooves out from the record deck at the youth club disco.
Russell had a bright yellow Ford Capri. A Mark One Capri with a 3 litre engine. Goodness knows how he could afford to insure it, even in those days.
He had black hair, cornflower blue eyes and wore denim button-fly flares which fitted very tightly across his slim hips. Fab!
You’re so young, you’re a hot shot sun of a gun.
Those are the lyrics repeating in my head as I run the last few hundred yards towards home.
Adam. Russell. Russell. Adam.
They merge into one. Similar colouring, similar car.
Russell was the older guy, buying me an illegal half pint of cider and bringing it to me in the beer garden of The Robin Hood. It tasted potent, yet refreshing; the bubbles fizzing up my nose.
“Fancy a spin?” he’d said afterwards.
I don’t remember the crash. I just remember the thrill of being driven too fast; the car stereo blasting Jeepster and the gorgeous dark-haired hunk beside me. It happened just after he turned to look at me; his deep blue eyes promising things that sent a shiver through me, even though I was too young to know what those things really were.
I was lucky, they said. A good job I was wearing a seat belt. And what was I doing in that young tearaway’s car anyway? We always knew he’d come to a bad end, they said.
Adam. You could hardly call him a tearaway. Geeky Freak, Ria calls him. He’s clever; a talented musician with an angelic voice. And he’s a bit odd, I admit. Mad about Doctor Who and Lord of the Rings.
“And he even has a life-size cardboard tardis in his bedroom, Mum.”
How sweet; how endearing. And I remember who I really am.
You’re so young, but like a hang up I’ll be sad when you’re old and you’re gone.
Suzi’s lyrics remind me that I’m a responsible middle-aged mum. And I like being a mum, feeding my teenage daughter’s crazy friends with homemade cake and pizza.
I head off for the shower. Washing away the years and the memories for now.
Crash, Crash, 48 Crash.
© Jo Derrick, 2011
Posted by Jo at 04:32 3 comments: