It's very exciting to have a guest blogging for me on here this week, especially as I don't seem to be able to come up with anything remotely interesting to blog about!

I got to know Sarah England via The Seriously Serious Scribes page on Facebook. Sarah is a great source of inspiration, as are the other Serious Scribes. Their output makes me want to go and have a lie down! 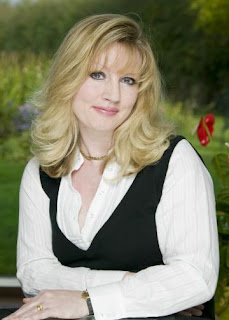 
When I turned 40 I changed. Not physically - although nothing improved you understand - but something inside. Suddenly there was urgency and I realised how unwell I was. I had headaches and neck pains and overwhelming tiredness. I couldn’t sit through another meeting or be bored by another manager. All my life I had wanted to write books - to be a paperback writer. I’d read copiously as a child and got my English O’Level at 14. Was it too late?
As fate would have it my husband was offered a job in the South West and I had the ideal opportunity to jack in my sales and marketing job with a major pharmaceutical company. Alas I also had to jack in the hefty salary and the Beamer but - God it was wonderful! I came home on the train with no luggage - free!
The joy, however, was short lived. Convinced I was going to hit the world literary stage with a blockbuster I spent 2 years submitting dire tomes of utter tosh to long-suffering agents. It was then the realisation hit me - this wasn’t easy! So I did a brief correspondence course in creative writing and I started studying short stories in magazines in an effort to learn my craft. I even went to a writing conference with one of my sad tomes and had a 1:1 with an agent. She read the first few lines and said, “My God this is boring.” Crushed? I went home in tears.
There is a happy ending - bear with - about a year after a started writing and submitting short stories I finally got a yes! From a chap called Dan McDaid at My Weekly. I have since had over 100 short stories bought and published in magazines, newspapers and anthologies. Bridge House Publishing were the first publishing company to take my short stories into an anthology and the latest one, Mosaic, is now not only in paperback but has just gone onto Amazon Kindle at a fraction of the price. It’s a pretty classy collection with not only well known authors but also some award winning ones too. Here’s the link:   http://www.amazon.co.uk/dp/B0069BF92S  My 2 stories are ‘Adele’ - a glamour puss who has settled for life in a back terrace in Rotherham with a some what ordinary and quite bemused bloke. And ‘Different Colours’ - a bit of a steamy piece - my first and only sex scene!
Then came a bit of a leap - after years of trying I finally made it into Woman’s Weekly Fiction. My story ‘Another Man’ caused a bit of family friction but it was that story, published earlier this year, that was the first to make it. They have since bought 7 and the latest are now out in the current Christmas Special Issue and the Fiction Special (Issue 10) also out now. This is hugely exciting for me and I’ve really felt that I can push the boat out for them - in terms of humour and difficult subjects ie that there is no agenda except an entertaining read. I’m hoping to write a serial for them as my next major project.
But the other leap this year was ‘Expected’. Now this has been a mixed bag. On the one hand I decided, after being told by agent after agent that they really liked it but the women’s commercial fiction market was too difficult at the moment - to market it myself on Amazon Kindle ebooks. Good and bad. I had to do all the editing, presentation and promotion myself  - and I knew nothing about fb, twitter, blogs and websites, so I had to learn the ropes and fast. It took weeks and weeks and I’m still not doing well in terms of being known or selling the book. However, my learning curve has been extremely steep and I’m now pretty savvy when it comes to negotiating my way round the internet. I’ve also discovered ether books, which I wouldn’t have otherwise done - and loaded up 4 short stories. One is horror - ‘3am and Wide Awake’ which I have on good authority will scare the pants off you. The other 3 were published in the small press but didn’t see much daylight and so ether has offered a wider audience for ‘Cold Melon Tart,’ ‘Islands,’ and ‘Rough Love.’ As far as I can see they seem to be doing quite well and through ether books I also have an author interview w/c 5th Dec. and a link to the book ’Expected’.
Now before you go I would hate to chat and not tell you just a little about my girl, Sam Sweet, in ‘Expected’. You see - she’s expected to do what other people want her to do - that is to get married to a man she doesn’t love and to have his children. Sam is from a rough working class background and all she’s dreamed about is a career. But now she’s stuck. And said career is sliding away with jealous colleagues and a hateful boss. Miserable, she comfort eats and she shops - don’t we all - thus making her situation even worse. She has to find some power - a voice! If she doesn’t then she will not be free to make her own choices in life. I hope I’ve created a gutsy, funny heroine who finds her way out of the paper bag, and I hope it’s a fast and furious read that the reader will enjoy. Here’s the link : http://www.amazon.co.uk/dp/B005OMBA1C   And outside the UK: http://www.amazon.com/dp/B005OMBA1C 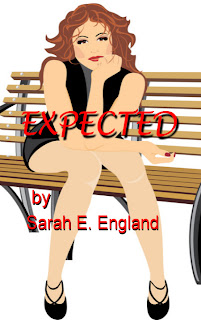 Next project - well the serial for Woman’s Weekly and also a psychological thriller that’s been spinning around in my head for a while. With a background in nursing and pharmaceuticals a lot of my stories inevitably revolve around illness or mental problems. If you aren’t well then the world is a whole different ball game and that fascinates me. I want to write always - for ordinary people - for everyone. I just need to get my books out there as well as my stories and hopefully that will eventually happen. One day………….
http://www.sarahengland.yolasite.com/

Thank you, Jo. I've really enjoyed reading about Sarah's journey from sales & marketing to writing. I always love hearing how writers began their career, so this was very welcome and now I'm off to Amazon!

Lovely post - it is always great to hear about other writers' journeys to publication.

Great to meet you Sarah. It isn't easy, is it? Like you, I only started writing when I hit the big 40. Twenty years on, I'm still hooked.

And thank you. Jo, for the intro-duction.

Just to thank Jo so much for having me as her guest and thank you to the lovely people who took the time to leave their comments. Thank you! Sarah x