I'm thrilled to announce that I've bitten the bullet and published my short story collection, Twisted Sheets on Kindle. I decided to have a go at publishing it yesterday evening and couldn't believe how easy it was to upload and create a cover via Amazon Kindle Publishing Direct.

I had the collection all ready to go, as I'd entered it in The Scott Prize last year, then submitted it to Cinnamon Press. The latter gave me great feedback and I came close to being taken on by them. This gave me confidence in the collection as a whole. Most of the short stories in the collection have either previously been published or have done well in short story competitions. Several of them are prizewinning stories.

Today has been great fun, as I organised a last minute launch party on Facebook. There was lots of virtual champagne, canapés and laughter! Thanks to those of you who came along to wish me well!

The e-book went on sale at around 8pm yesterday and already it's Number 34 in the Kindle Bestselling Short Stories Chart alongside the likes of Terry Pratchett and Victoria Hislop. It's also Number 68 in the Kindle Bestselling Literary Fiction Chart just above Maeve Binchy! I can't believe how many people have purchased it already. I'm now hoping I get some positive reviews. 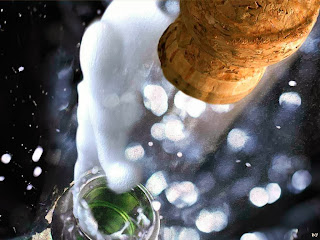 Well done, Jo! No more than you deserve, as you are a great writer!

Congratulations! I've downloaded it and am looking forward to reading it :)

Quite brilliant, Jo. Well done. I'll get Carole to download on her Kindle!