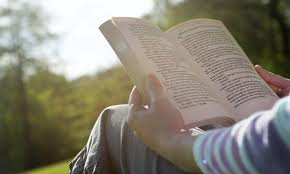 Last year I read a lot of books, mainly novels, as you'll see by glancing at the list to your left. This year I haven't read one book. This was a conscious decision, as I found reading others' work off-putting. I was constantly plagued by negative thoughts such as, I'll never be able to write as well as so-and-so. I'm not half as talented as him/her. Why am I bothering? You get the idea.

I have written a lot this year. A new short story almost every day. I've also edited old stories and worked on my novel. I've entered lots of competitions and submitted several stories to the women's magazines, mainly Woman's Weekly, as it's my favourite (and I think my stories are more suited to this publication). I've become addicted to the high of anticipation.

I've resubscribed to a few of my favourite writers' magazines such as Writers' Forum, Writing Magazine/Writers' News and The New Writer, devouring their contents at every opportunity. I've sent off fillers to a lot of the women's magazines and one of my 'funny animal' photos is due to appear in Full House Issue 8 (out in a couple of weeks). It's all money in the pot.

I was thrilled to hear that I'd won third prize in the Meridian Writing Competition. You can read my story here, if you wish (you'll need to scroll down a little. My story is called No Oil For Hogmanay).

I love being so proactive and busy. Once I've entered as many of the competitions closing at the end of January as I can, I'll finish my pocket novel set during The Blitz and get the first three chapters and a synopsis sent off. Oh, and talking of synopses, do take a look at Nicola Morgan's How To Write A Great Synopsis. It's only a £1 to download onto Kindle, but the offer finishes at the end of the month.

The Yellow Room Issue 7 is now with the typesetter and I'm a little further forward with finding a new print company. Many apologies to those loyal subscribers who have been waiting so long for a new issue to appear.

Thanks for the mention, Jo!

Fantastic, Jo. You sound so positive and I'm sure that's the best frame of mind in which to be create and maintain a steady output.
Congratulations on your successes and good luck with the printers!

Sorry, I meant 'creative', rather than 'create'. Brain not yet engaged this early on a Sunday!

It's brilliant to see how much writing you are getting done.

But I can't imagine what it's like to not read. I know what you mean about being beaten up by I'll-never-be-as-good-as-this thoughts, but reading sustains me first as a woman. And only then does it feed into my writing.